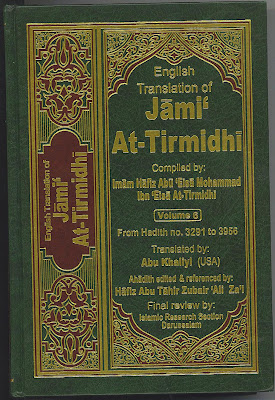 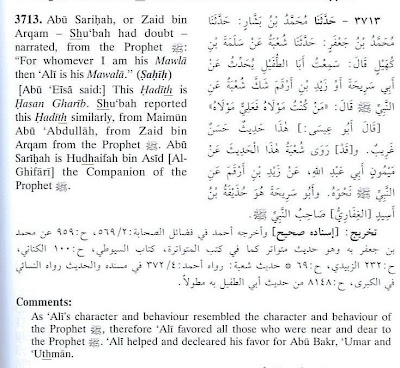 It is ironic that such as authentic narration of hadith Thaqalayn that came directly from the Prophet (SAAW)'s own mouth which all muslims claim that whatever word the Prophet (SAAW) said is the truth, yet this hadith is very much concealed in the sunni world, and of sunni and wahabi scholars that know hadith Thaqalayn really well when researching on hadiths, will conceal this hadith from our sunni brothers when they give lectures in the mosque.

Please don't get me wrong, the sunni and wahabi brother's are also our brothers in faith, but concealing very highly authentic hadiths from people is not a good practise of any muslims in general.

Also please refer to hadith in Sahih Muslim that the Ahlul Bayt is the Prophet (SAAW) himself, Imam Ali, Fatima Zehra, Imam Hassan and Imam Hussain: 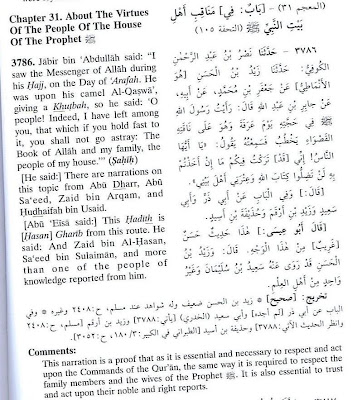 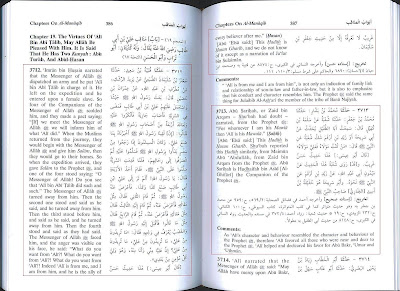 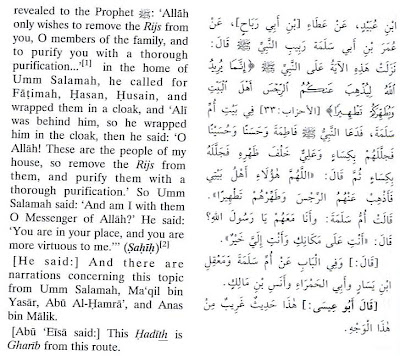 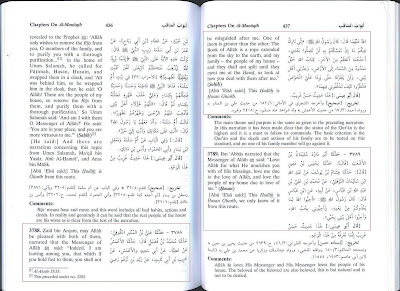 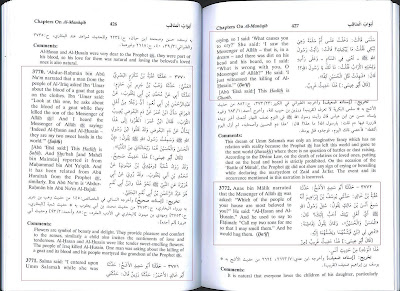 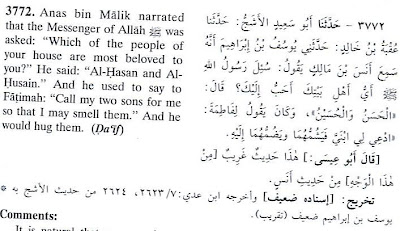 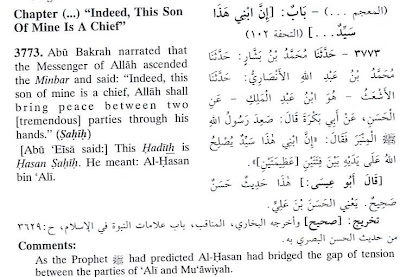 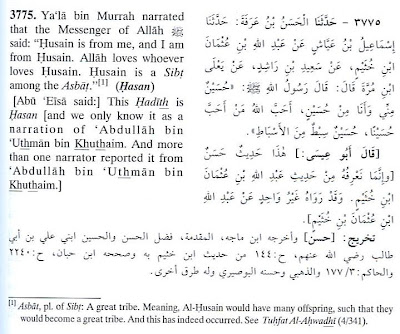 Hadith Number 3800 and 3801:
This hadith has confirmed for those Muslims, who praise Muawiya ibn Abu Sufyan, that not only Muawiya ibn Abu Sufyan, but his whole party were deviated from the right path and had transgressed, because they had fought Imam Ali during the battle of siffeen, killing many innocent Muslims, especially, the killing of Ammar ibn Yassir, who sided with Imam Ali during the batrle of siffeen.

The Prophet (SAAW) said to Ammar ibn Yassir, "Rejoice Ammar, the transgression party shall kill you",
and Ammar ibn Yassir was killed in the battle of siffeen by Muawiya and his trangressed party, or army.

English version, History of Tabari, Volumne 17, page 64 and 65:
..."stick to the party of Ibn Summayah (Ammar ibn Yassir), for i heard to Prophet (SAAW) saying, "the party that swerves fromt the right path will kill him, and his last sustenance will be milk mixed with water."" 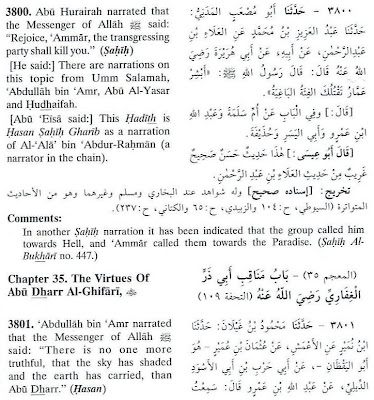 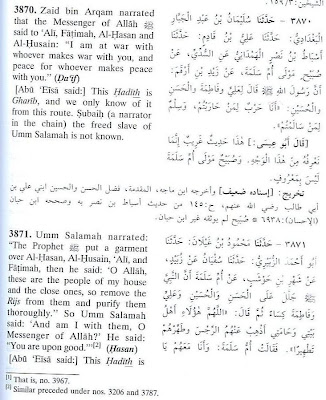 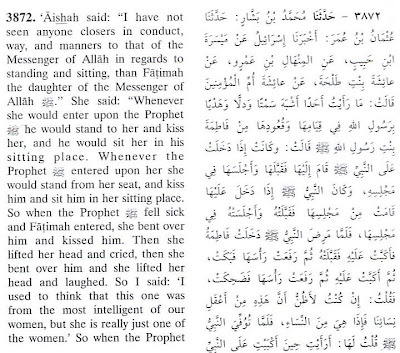 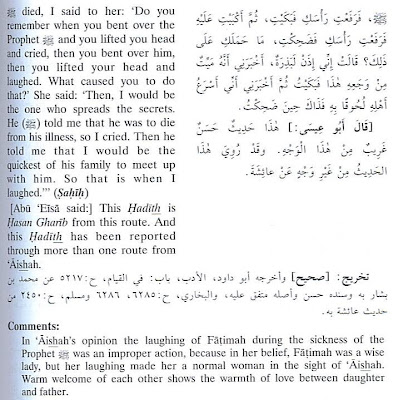 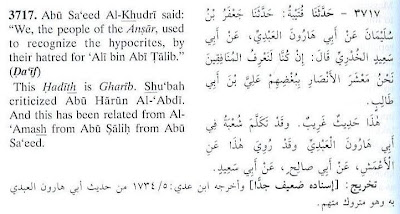 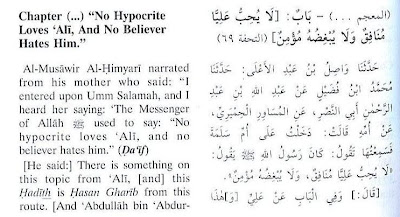 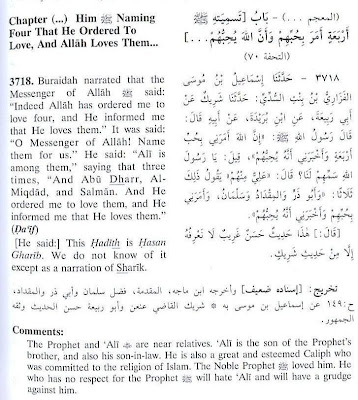 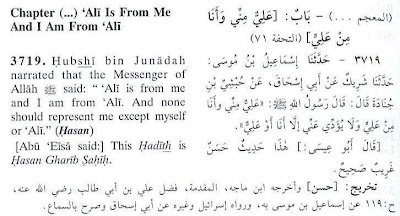 Hadith Number 3721:
Imam Ali is one of the most beloved creatures of Allah. 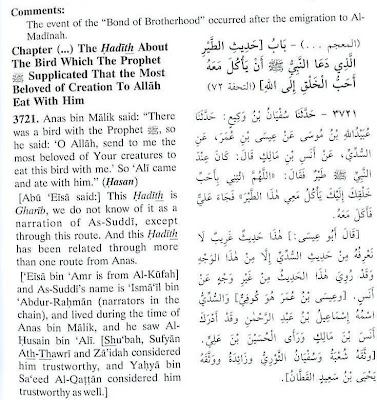 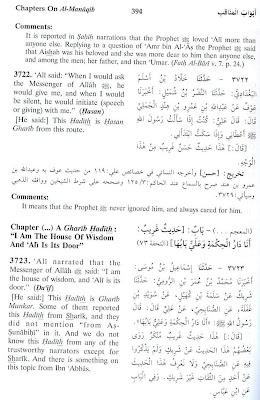 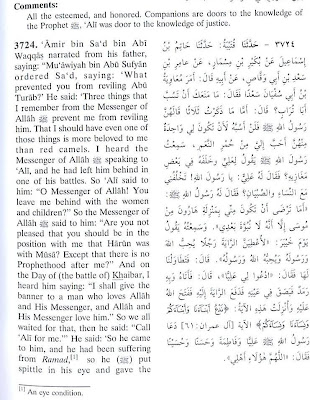 Hadith Number 3724 (Continue)
the fimily of the Prophet (SAAW) also know as Ahlul Bayt is Ali, Fatima, Hassan and Hussain. 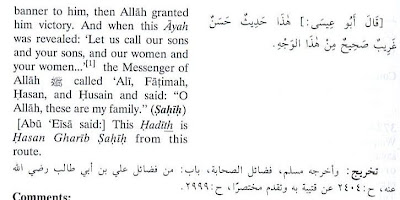 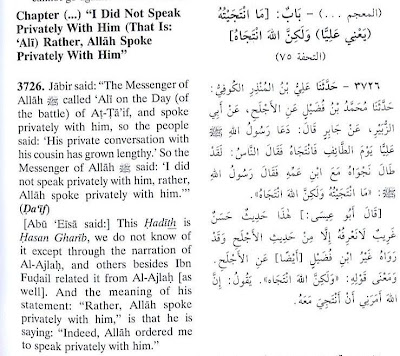 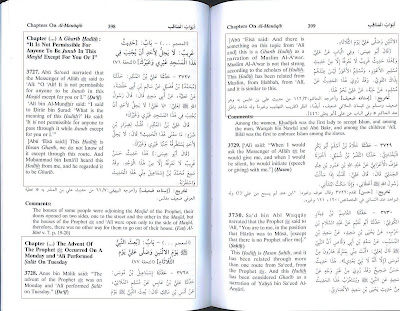 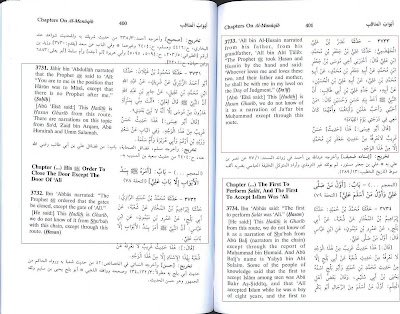 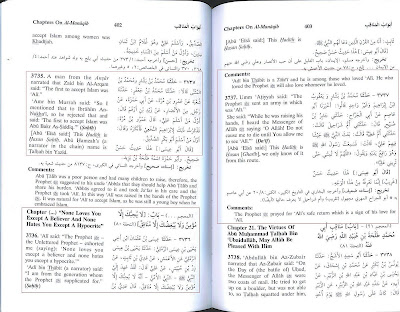 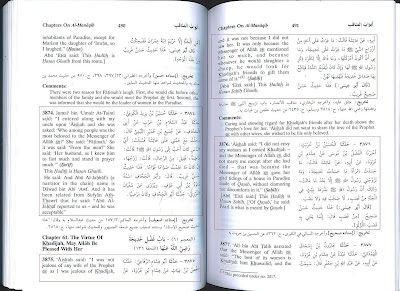 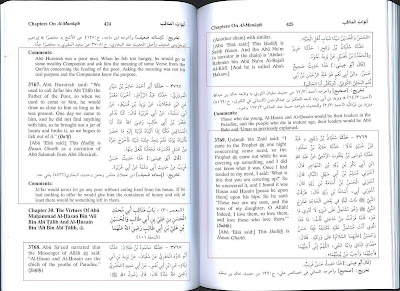 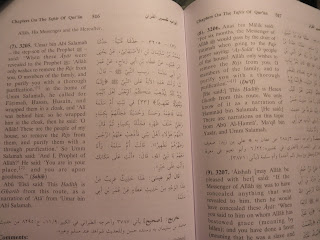 I hope this will be seen by all inshaa allaah.

No doubt you rightly said Thirmidhi, Sunan Ibn Majah, Sunan Nasai, Sunan Abu Dawood), but the hadith that the Prophet (SAAW) left behind Quran and Sunnah is not mentioned in any of the 6 most reliable hadith books of the sunni brothers.
Hadith Books

visit my blog , need suggestions and must follow the graph pls http://rjusman.blogspot.com/

Imam ad-Daraqutni: The Messenger of Allah said to Ali "If you met them you shall kill them since they are the one of mushrikun , Ali said:" I asked the Messenger of Allah "Is there a sign on them? The Prophet said:" They are praising thee with something that does not exist in you and they slander the Sahaba "(Imam Ibn Hajar al-Haithami, as-Sawa'iqu al-Muhriqah, Shiah seem to praising Ali and curse Sahabat, Abu Bakar,Umar and Othman.So the musyrikun in this Hadith is you, a Shiah.

The Prophet said - on you with the majority-In Muslim world Shiah is manority- So you must convert to Sunni,who is majority of the muslim.You can,t fool me.There is a bout 4 % of Syiit is true muslims.By viewing Shiah believe and practice most of Shiah not make sense as Muslims.Shiah is weird believe,came out from corrupt people.They are similar to Jews and Christian who distorted too many sacred books.

Don,t believe on syiit they are always misinterpret AlHadith.They are weird people.At the time of Muawiyah Shiah is politic movement till this days..They are using religion as a tool to gain politic power.So there are many politic doctrines that influence on Shiah religion.There are bad cultures too inj their religion,that they called its as religion.They are weird.If you not believe in me ask Allah by your self on my claim

I’m impressed, I must say.this is great job for peaceful society. So bring your job for the next time. masjid ahlul quran wa sunnah The masjid itself has got three stories. On the first story there is a huge Main Musallah for petitions to God for the men which can effortlessly suit around 350 siblings at any one opportunity. What's more there is a Ladies Musallah on the second story with a kitchen